When a Client Can’t Spring Clean: How to Know if you are Dealing with a Hoarder 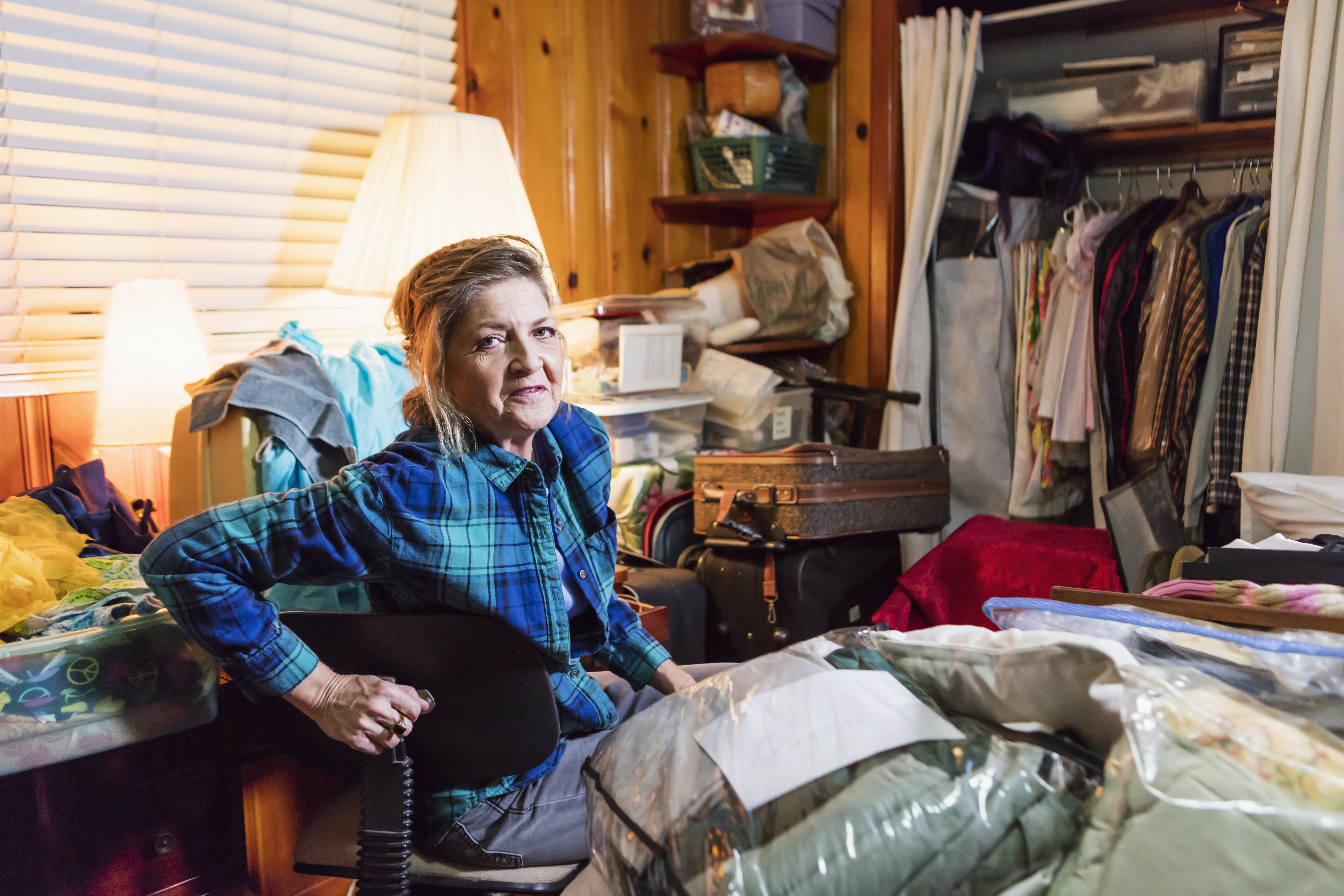 Agents know to expect the unexpected when entering a home for a listing presentation. But what if every seat is taken by stacks of papers and rooms unable to be entered, blocked by the storage of beloved items? What if the home is located in a highly desirable area, an architectural gem, but reeking of animal urine?

This fictional client has checked the clinical markers for diagnosing a hoarder and, according to the American Psychiatric Association (APA), is more common than you might think. The APA reports up to six percent of the population struggles with hoarding, translating to as many as 408,000 people in the DFW area alone. The APA defines the condition as one in which the patient “excessively saves items that others may view as worthless. They have persistent difficulty getting rid of or parting with possessions, leading to clutter that disrupts their ability to use their living or work spaces.”

Nathan Peterson of OCD and Anxiety Counseling in McKinney, Texas has worked as a licensed clinical social worker for five years and in the social work field for 11 years. He emphasizes that, “A hoarder will exhibit anxiety or stress when asked to depart with items. Messy people can throw things away but lack motivation, hoarders can’t due to the emotional distress it causes them.” While reality TV has led to increased fascination with hoarding, it is important to view hoarding as the severe mental illness that it is. The condition is even traceable down familial lines, genetically passed down with other hoarders or sufferers of OCD in previous generations.

So how likely is it that a hoarder will need to sell their home? Peterson acknowledges that it is unusual for a hoarder to allow outside individuals in, but he has had numerous patients discuss a desire to “move and start fresh” and a few have successfully done so. Other times, a hoarder is forced to sell due to an inability to pay for the home or repair the home before it is condemned by the city. This can be appealing for some agents, as the majority of hoarder’s homes have been inherited, and many are in desirable historic locations.

Although the hoarder may desire or need to sell their home, there is still a question if the potential client is capable of selling their home. Peterson suggests that in order to evaluate a hoarder’s capability to prepare their home for the market, “determine if they can keep a deadline, ask them to clean out a room by the time you come back next week and see if they can do it.” It is likely that although the client has good intentions, or a looming financial reality that requires them to sell their home, they simply find it too difficult.

When Peterson enters a hoarder’s home for a clinical session, he will spend three hours discussing why a pen, sitting next to a mountain of other pens, should be thrown away or kept. The task is tedious and lengthy, but the breakthrough that occurs when a decision is successfully made is the foundation for the journey ahead. That journey does not fit with the typical listing preparation timeline.

An option for those who are unable to part with items themselves is to hire a de-junking company, but this must be done with care. The Health Department in Nantucket, Massachusetts rolled out a program that allowed social workers to require and supervise forced cleanouts. Neighboring homeowners were delighted; it meant less rodents, pests, and mildew for them. However, the Health Department quickly abandoned forced cleanouts when three consecutive hoarders died shortly after being returned to their cleaned-out homes.

“Hoarders often have the same level of connection to items in their home as they do people or their family members,” Peterson explains, so to see their home stripped of their most prized possessions is truly devastating.

This is why most homes owned by hoarders are not sold, or sold as-is. If your client or loved one struggles with hoarding, help from a mental health professional is imperative. The process will be difficult, and will not fit the typical listing time line, but at the end there is freedom.