The Year of the Comeback Kid: A 2019 Collin County Year End Review 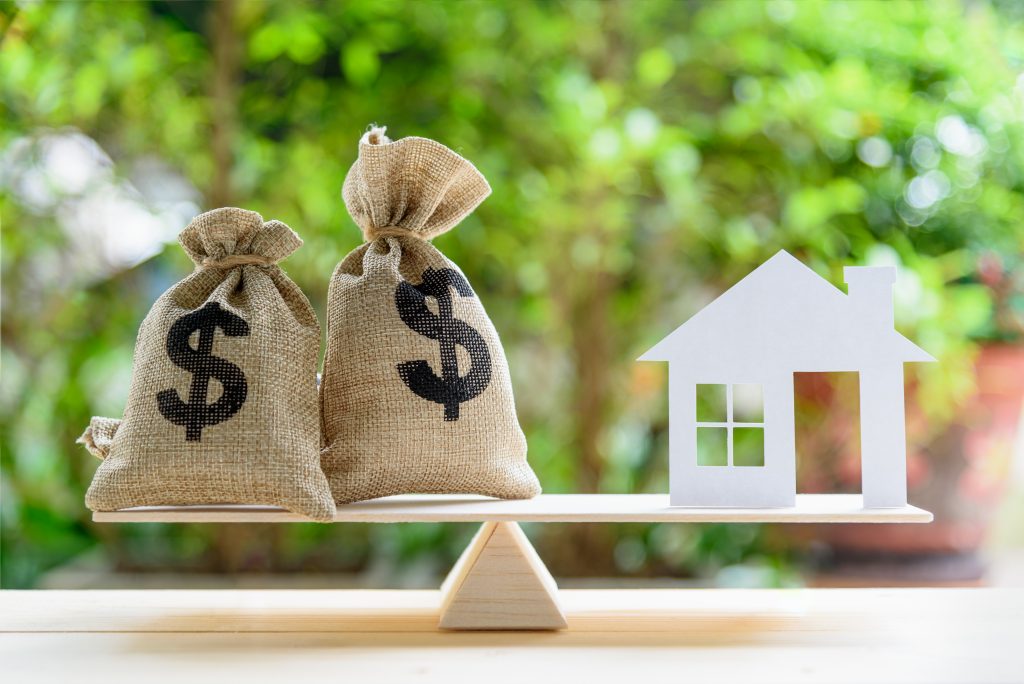 The year began with many wondering if 2019 would be the year Collin County’s housing market would transition from a seller’s market to a balanced market.

“Buyers are beginning the New Year timid and curious which direction the market will trend.”

A curiosity fueled across Collin County with substantial inventory increases, increased days on market, reduced percentage of original listing price received, and low median sales price at the start of the year.

Yet, 2019 proved to be the year of the comeback kid, setting numerous records in a favorable seller’s market despite a questionable start.

A questionable start that was highlighted with a whopping 36.4% increase in month of inventory in January 2019 (3 months) compared to January 2018 (2.2 months). As well as, February 2019 reporting highest number of days on the market since February 2012 (58 days).

However, 2019 ultimately topped out with 3.9 months of inventory. A relatively unremarkable peak when compared to the 3.8 months of inventory experienced July 2018 through September 2018. This helped to maintain  the seller’s market throughout Collin County in 2019, as a market is considered “balanced” when inventory hits six months.

Additionally, while homes remained on the market for a significant amount of days in February 2019 (54), the number of days on market declined steadily until April 2019 (25 days). A traditional post-winter occurrence that prohibited the market transitioning away from a seller’s market.

Adding to the suspicion 2019 might conclude Collin County’s seller’s market was the low median sales price reported in January 2019. Yet, thanks to a five-month climb of month-over-month increases, June 2019 hit the highest median sales price ever recorded by the CCAR Pulse* ($332,500) or North Texas Real Estate Information Systems (NTREIS)** ($354,495).

A record made possible by favorable lending conditions and a booming North Texas economy as reflected in a housing affordability index for the Pulse area* greater than 100 throughout 2019. An index of 100 means the median household income is 100% of what is necessary to qualify for the median-priced home under prevailing interest rates.

The increase in inventory that started the year, combined with favorable lending conditions, motivated buyers; while the high median sales price provided all the motivation sellers needed. Motivations that spurred 1,832 closed sales in May 2019—the highest number of closed sales recorded by NTREIS.

So while the year began with many asking “Will Collin County remain a seller’s market in 2019?,” it has ended with an emphatic “2019 was a great year to be a seller!” 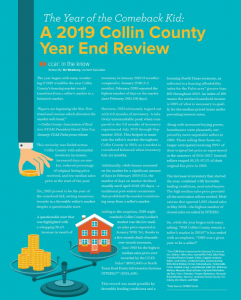