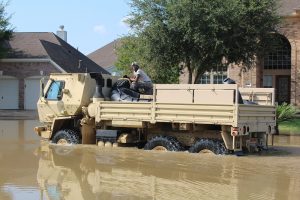 According to FEMA, the new NFIP rating methodology Risk Rating 2.0 will deliver rates that are easier to understand and better reflect a property's unique flood risk. Rates will now be developed on a structure-by-structure basis, offering your clients a more individualized picture of their risk.

Risk Rating 2.0 relies on state-of-the-art industry technology and the NFIP's mapping data, making it easier to quote and write policies. With a more transparent methodology for calculating rates, your clients will gain a greater understanding of how their premium cost reflects their true flood risk.

Since its creation by Congress in 1968, the NFIP, which is a part of FEMA, has lost more than $36 million. These losses are due, in part, because of premium undercharges. Now, FEMA plans to overhaul its fee structure with a new plan that went into effect on Oct. 1, 2021.

As a result of this zone-based approach, the program hasn't collected sufficient premiums to cover the true extent of the risk over the past several decades.

FEMA provides $1.3 trillion in coverage for more than 5 million policyholders in 23,500 communities nationwide. FEMA determined that many property owners who are subject to flood insurance with lower-value properties, were paying more than property owners with higher-value homes. With the NFIP, FEMA has taken on the responsibility to make sure that it has actuarily sound, fair, and equitable rates.

Flood Insurance Risk Rating 2.0 is an attempt to create a more sustainable flood insurance program. The rates for new policies starting on or after Oct. 1, 2021 will be determined by the new rating method. And those with policies scheduled to renew on or after April 1, 2022, will see the changes reflected when they renew their flood policies.

Under the new FEMA-NFIP model, underwriting factors will take into account the home's replacement cost, risk of projected rainfall, the impact of river or coastal flooding, and how close the subject property is to a source of flooding risk.

One change is that the risk rating would be applied to homes both within and outside of Special Flood Hazard Areas (SFHA) for potential flooding. Most important, FEMA will now factor in future catastrophic modeling from climate change, including sea-level rise, drought, and wildfires.

This risk-based approach would allow the NFIP to use best actuarial practices in pricing risk, aligning costs to actual flood risk, and ensuring that premiums within the NFIP are commensurate with risk of a specific property. With Flood Insurance Risk Rating 2.0, FEMA can address such variables as flood type (heavy rainfall, coastal erosion, river overflow, etc.), distance to a water source, and flood frequency.

With the implementation of the new rating model, there will inevitably be a change in the cost of flood insurance for many properties. Insurance risk and repair costs will be factored in the property flood insurance valuation model.

The result of this new FEMA rating methodology will, in some cases, lead to a dramatic increase in annual premiums for NFIP policies when compared to former years. In general, flood insurance premiums will go up for some and down for others. The majority of property owners, however, will see rates go up about 10%, which is the normal annual increase according to FEMA.

The long-term effect on the housing market for new and particularly re-sale markets is yet to be determined. The foreseeable impact, however, will result in immediate market valuation change in a significant number of properties. Direct costs consistent with property ownership normally incurred by homeowners, such as insurance, taxes, HOA fees, location, and maintenance, will also now have to include the impact of, at times, significantly evaluated annual flood premiums.

Significant increases in flood insurance premiums will likely result in potentially decreased property market values, when actual true costs of ownership are taken into account. The goal is to ensure that premiums are fair, based on the home's flood risk. The consequence will be that certain homeowners will be unable to sell in a competitive market due to the  cost a potential new buyer will face to maintain the property. This will place further strain on an already cooling housing market.

Changes to the NFIP new underwriting and pricing model will not only provide better equality to the NFIP, but also help sustain it. As storm damages increase, FEMA is increasingly paying billions of dollars out to uninsured homeowners. Hurricanes Katrina (2005), Harvey (2017), Maria (2017), Irma (2017), and now Ida (2021) are stark examples. For example, during Hurricane Harvey, more than 200,000 homes were damaged or destroyed and three-quarters of them had no flood insurance, as many were outside FEMA flood zones.

Currently, Congress has placed a ceiling on how much flood insurance can increase on a yearly basis, which is 18% for individual policies. FEMA, however, has proposed a means-tested affordability program that will help low-to-moderate-income individuals pay for the flood insurance they need. The status of this proposal is currently unknown as of this posting. However, the Crestway Flood Insurance Group will provide updates as they become available.

Property owners in FEMA-designated flood zones are required to purchase flood insurance, while others do so voluntarily. Nearly one-third of NFIP policyholders are not mandated to carry it, but wisely do acquire flood insurance because flood water damage often occurs unexpectedly.

The changes to the NFIP are the most significant to the program since its inception in 1968. With these changes, FEMA hopes to right the course and correct the path going forward regarding inequities in the current system, in which lower-value homeowners are subsidizing the higher-value homeowners.

For more information on this or other lending-related topics, please contact any member of CCAR's REALTOR®/Lender Committee at RealtorLender@ccar.net.