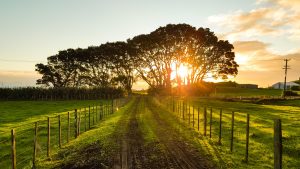 Competition for a limited supply of land for sale pits investors, developers, and end-users against each other. In no place in Texas is this truer than in the Austin-Waco-Hill Country region (see map).

“If you want property in this region, take a number,” said Gilliland. “Brokers have buyers lined up.”

“U.S. buyers are coming from as far away as Alaska and as near as Austin, Houston, and Dallas,” said Gilliland. “Meanwhile, investors from India have an insatiable appetite for land near the City of Austin and Williamson County. In many cases, these buyers make offers that exceed asking prices.”

Small properties sell within days of listing, he said. The frenzied demand includes both cropland and rangeland.

“The region’s suburban market is strong as well,” said the TRERC economist. “Investor activity in eastern Williamson County into Milam County defies fundamentals as investors have run up prices. This has propelled asking prices to record-high levels.

“Much land has transferred to non-end users, such as investors and speculators. Industrial land in Williamson County has tripled in price overnight. All markets are still escalating.”

Gilliland quoted a seller as saying, “I would sell everything I have, but I don't know what to do with the money."

In ranch markets farther from Austin, current pricing is testing the top of the market. Some ranch sales have failed. Typical buyers are wealthy individuals worried about inflation.

“With buyers, mostly farmers, flush with cash from both government stimulus payments and strong commodity prices, sales increased dramatically in the second quarter,” said Gilliland. “Regional sales this year will exceed those of 2016, the previous record-holder. Observers expect the high level of activity to continue with record-high land prices in the offing.”

Abundant water in Hutchinson, Moore, and Sherman Counties prompted dairies to acquire land to provide feed for their operations. In addition, farmers are harvesting good crops selling at high prices.

“Larger transactions have taken a pause, although there was active bidding on the 6666 Ranch in Guthrie. The market for properties priced at $20 million and up may be softening, but smaller sales are still hot,” said Gilliland.

He added that worries about inflation and tax law changes motivated many buyers and sellers. Cropland sales slowed, but prices are steady or increasing. Current high prices have prompted more owners to offer land for sale.

“Oil and gas woes have dried up demand for large ranches in this region,” said Gilliland. “However, with oil prices climbing, oil companies' activities are increasing.”

Although observers report an oversupply of land for sale at unrealistically high asking prices, he said, the latest transactions have been around $1,500 per acre.

“Buyers pay cash in most deals, and there is a lot of subdivision activity and residential development. Market participants are worried about changes in tax laws.”

Observers expect higher prices in the near future, he said.

“Waves of demand in the Dallas-Fort Worth Metroplex meant strong activity in the region,” said Gilliland. “Buyers eagerly purchased any properties for sale. Many of those buyers were investors, with a number of them subdividing large acquisitions and selling smaller tracts.

Because of a dearth of properties for sale, Gilliland said some markets had few sales. Observers anticipate an uptick in cropland sales.

“Short supplies of listings restricted sales activity in some areas,” he said. “Observers noted an increasing number of out-of-state buyers. Overall, strong demand should cause prices to increase in the future.”

South Texas activity was marked by large properties, which were subdivided and quickly sold as smaller parcels. Duval and Live Oak Counties were especially active.