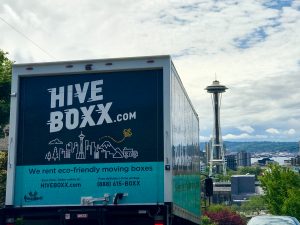 “There is essentially no correlation between Texas’ statewide home-price appreciation and migration patterns over the past 15 years,” said Wes Miller, senior research associate for TRERC at Texas A&M University. “The median home price rose steadily in the 2010s, with peak growth reaching 9 percent in 2013. At the same time, domestic migration was stable at around 100,000 net new residents throughout the decade.”

Although the net flow of people into and out of Texas was balanced throughout the period, the economic profile of interstate movers evolved over time. Starting in 2014, the median income of interstate movers accelerated above their Texas counterparts and has persisted at an elevated level. In contrast, the $60,000 premium in median home value between interstate and intrastate buyers remained relatively constant for at least 15 years.

“The composition of interstate movers shifted to higher income earners, but their home-purchase decisions exhibited no such change,” said Miller. “Part of this may be due to the fact that movers are often young and more likely to rent when first moving across state lines.”

The median age and homeownership rate for new Texans was 29 years and 43 percent, respectively, compared to 41 years and 73 percent for incumbent Texans based on 2019 American Community Survey data.

“Demographic differences lead interstate movers to search for different types of housing," Miller said. “For those who purchase during their first year in Texas, their homes are often more spacious. This preference for larger homes largely explains the price premium observed between in-state and out-of-state purchasers. We see no meaningful price-per-square-foot premium.”

Distinct preferences between interstate and in-state residents may affect developers’ decisions on what type and where to build housing, choices that have long-term consequences for the state’s housing market.

While out-of-state movers do not appear to be driving annual home-price fluctuations at the aggregate level, they are more likely to affect specific neighborhoods or local markets at a smaller scale.

“For explanations of the broad-based boom in Texas housing prices over the past decade, it may be more useful to look at the expansionary business cycle, strong labor markets, and mortgage interest rates,” Miller said. “Persistently low housing inventories and supply were a major contributor as well.”

Funded by Texas real estate licensee fees, the Texas Real Estate Research Center was created by the state legislature to meet the needs of many audiences, including the real estate industry, instructors, researchers, and the public.